The Greatest Butcher on Your Block

The independent butcher is once again a household icon thanks to ‘The Greatest Butcher on Your Block’ campaign, launched by MLA with the support of the Australian Meat Industry Council.

The campaign set out to re-connect shoppers to the greatest butcher on their block and give them a reason to support their local butcher which led to a increase in foot traffic and volume of sales for both beef and lamb during the campaign period.

To bring the butcher out from behind the counter, MLA partnered with award-winning journalist, Jessica Rowe to be the face and voice of local butchers and help tell our story of local community, sustainability and nutrition.

Jessica hit the road interviewing 12 butchers across the country to raise awareness about the positives of eating red meat, prompting consumers to head to their local butcher and get to know the people behind the meat cabinets. 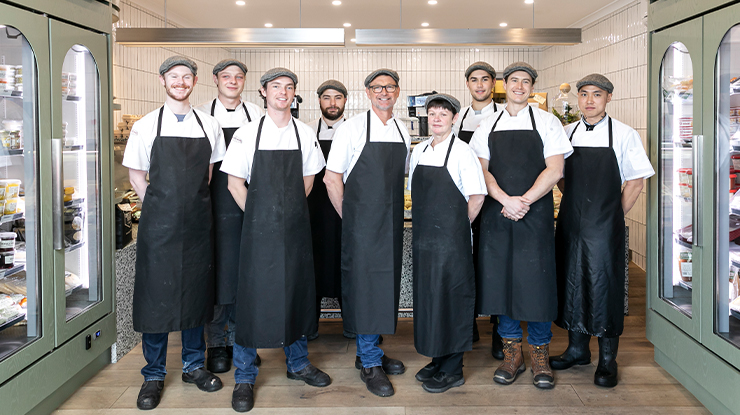 The series of 12 videos, titled ‘A Butcher’s Tail: Meat the Masters’ reminded consumers of the rich and proud meat history that we have as a country and highlighted the underused resource of the local butcher. Jessica created buzz amongst the media and featured on prime time television programs such as The Morning Show and Studio 10 promoting the campaign.

To reward shoppers for their support, MLA ran a 2021 Olympic Games VIP Tokyo experience and barbeque giveaway competition. To date this has been one of the most successful campaigns within the IRB channel with the results in store speaking for themselves. 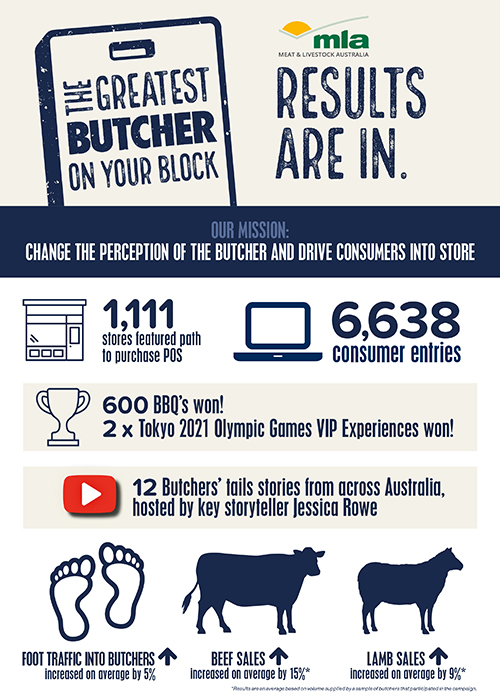 A selection of delicious beef and lamb recipes to enjoy with the family this summer, courtesy of some of the Greatest Butchers on your block. 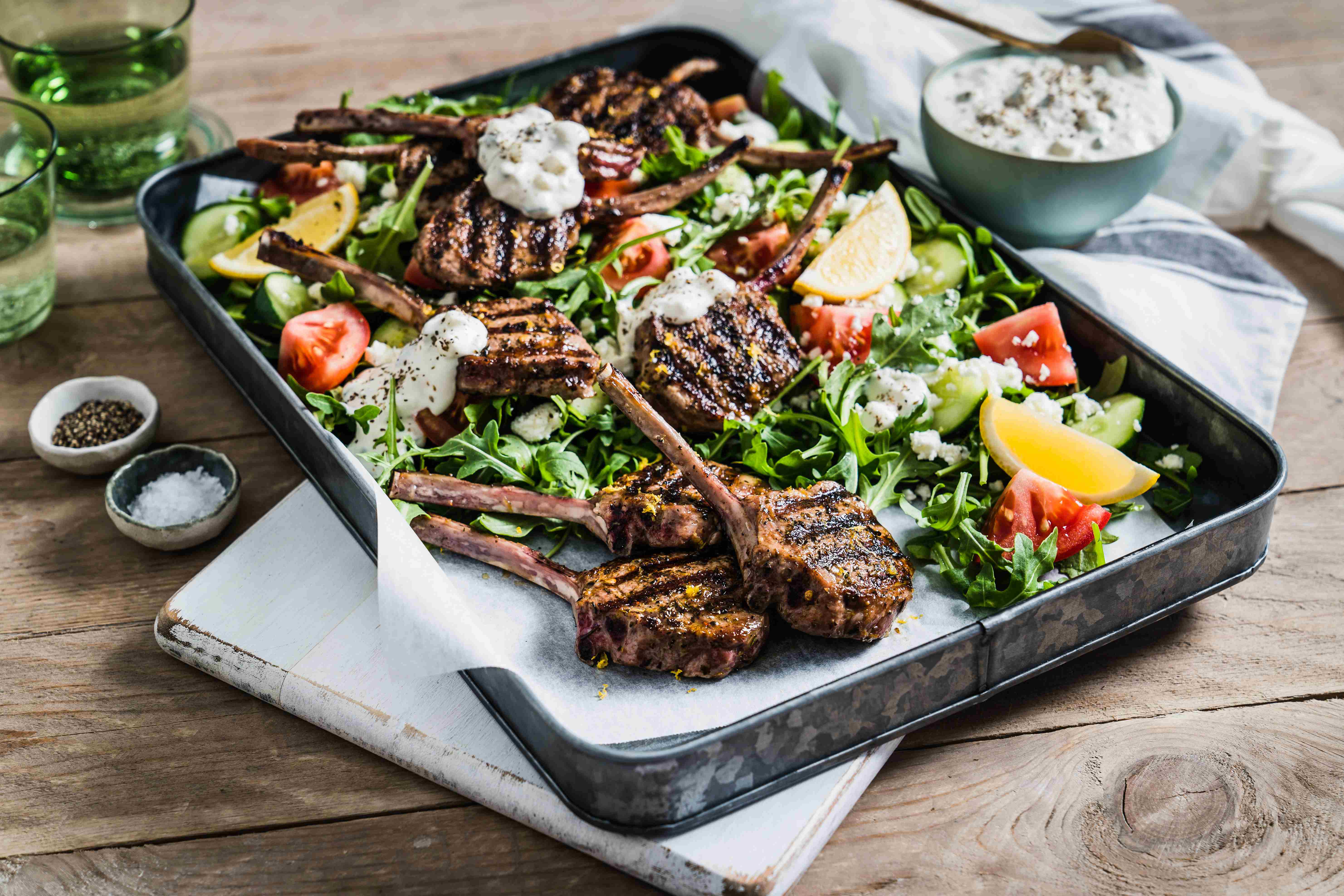